Artist book, publicerad 2019 på Null & Void Books.
English title: However, Despite the Haze You Can Still Get a Concrete Feeling for the Surroundings

Men i allt det diffusa, får vi ändå ett säkert grepp om omgivningens karaktär is a book that is composed of one photograph. In the book, Erik Betshammar and designer Jonas Williamsson present and represent this photograph, in multiple ways. From the double nature of the insert to the cover and the ambiguous title, all is interlinked.

The photograph in the book is reproduced in two versions: one closer to its analogue origin and one where the image has remained longer in the digital materiality – an additional digital space, created by the artist. The silver grains in the film base of the photograph can easily be experienced on the outside of the pages, as the traces of the digital ones and zeroes in the hyper-digital version are almost inaccessible on the inside of the folded pages. To form a third layer, these two images are impossible to see in their complete state, the pages show only cuts. What is visible is a 100% reproduction, cropped by the size of the book page.

By showing two different representations of the same photograph in this way, the artist wants to match his working process and the experiences from engaging with the book as medium. It is in the tension between either or and both that the book is formed, a space where Betshammar likes to work.

Men i allt det diffusa, får vi ändå ett säkert grepp om omgivningens karaktär is a book that wants to encourage resistance and raise questions about the idea of the photo book itself – what and who creates it, and how readers respond. The book includes a short text by Kirsti Taylor Bye, and an even shorter one by Erik Betshammar.

Kirsti Taylor Bye is a Norwegian artist and photographer.

Jonas Williamsson is a Swedish graphic designer based in Stockholm.

Printed at Narayana Press in Denmark. 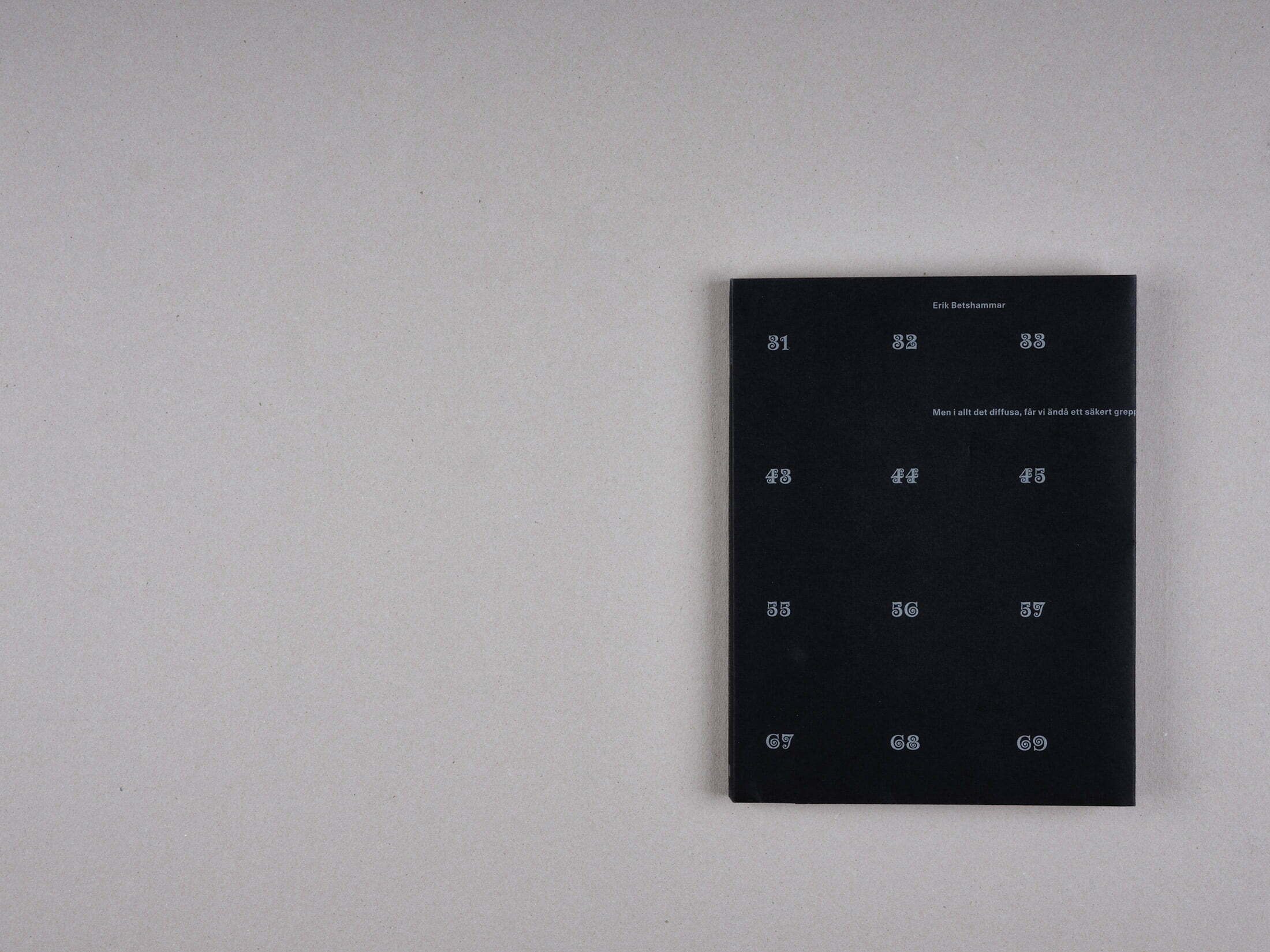 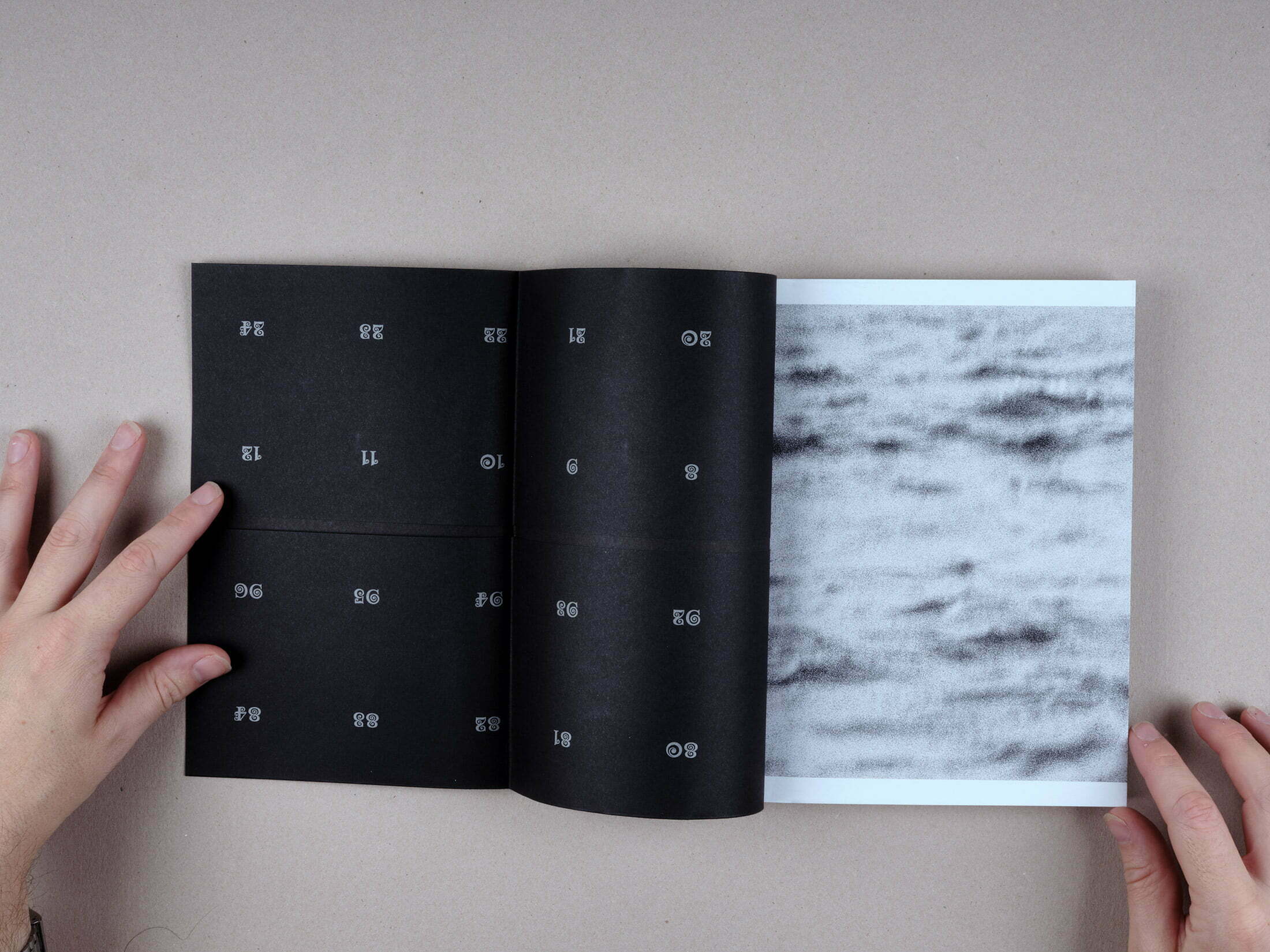 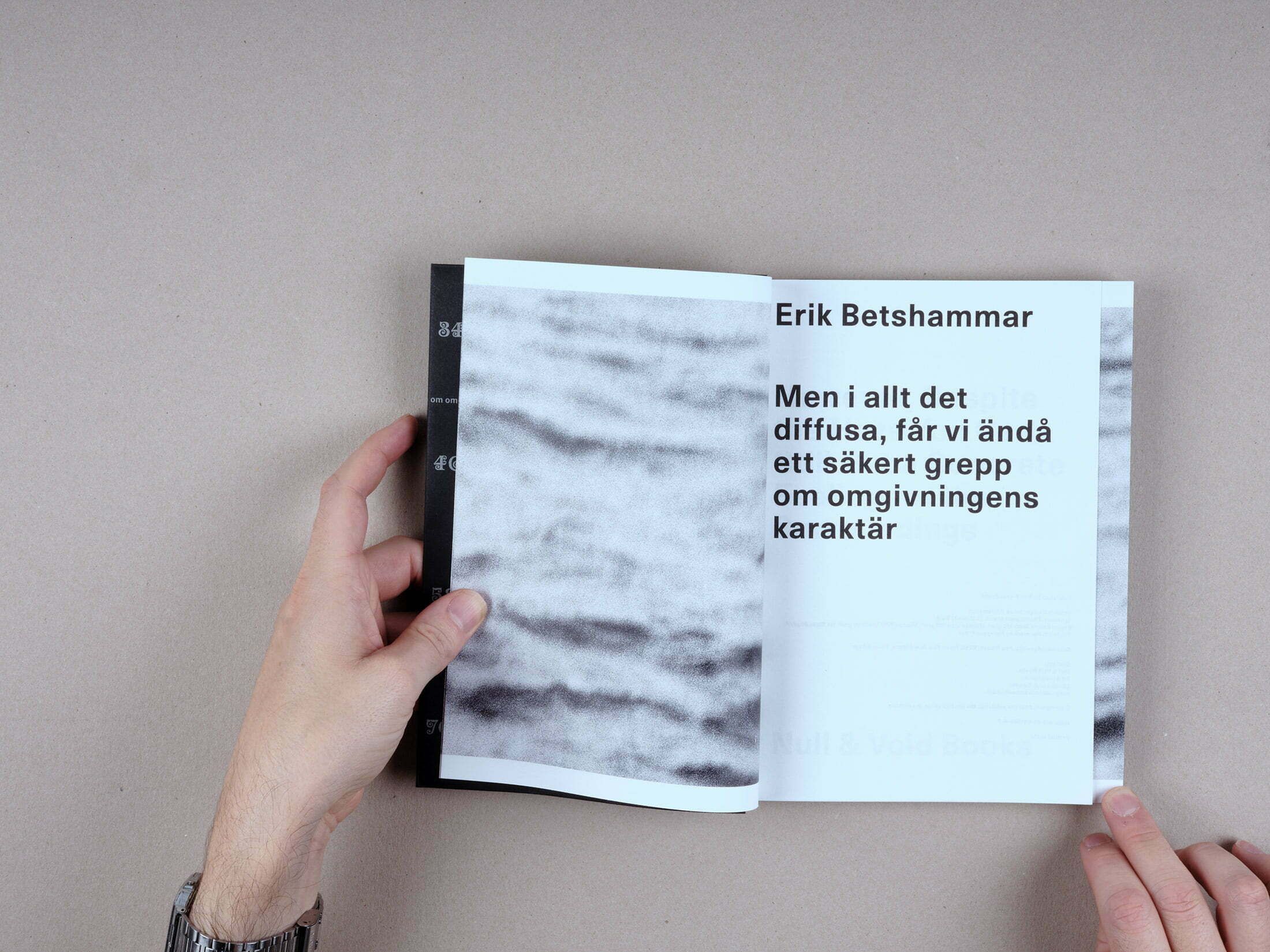 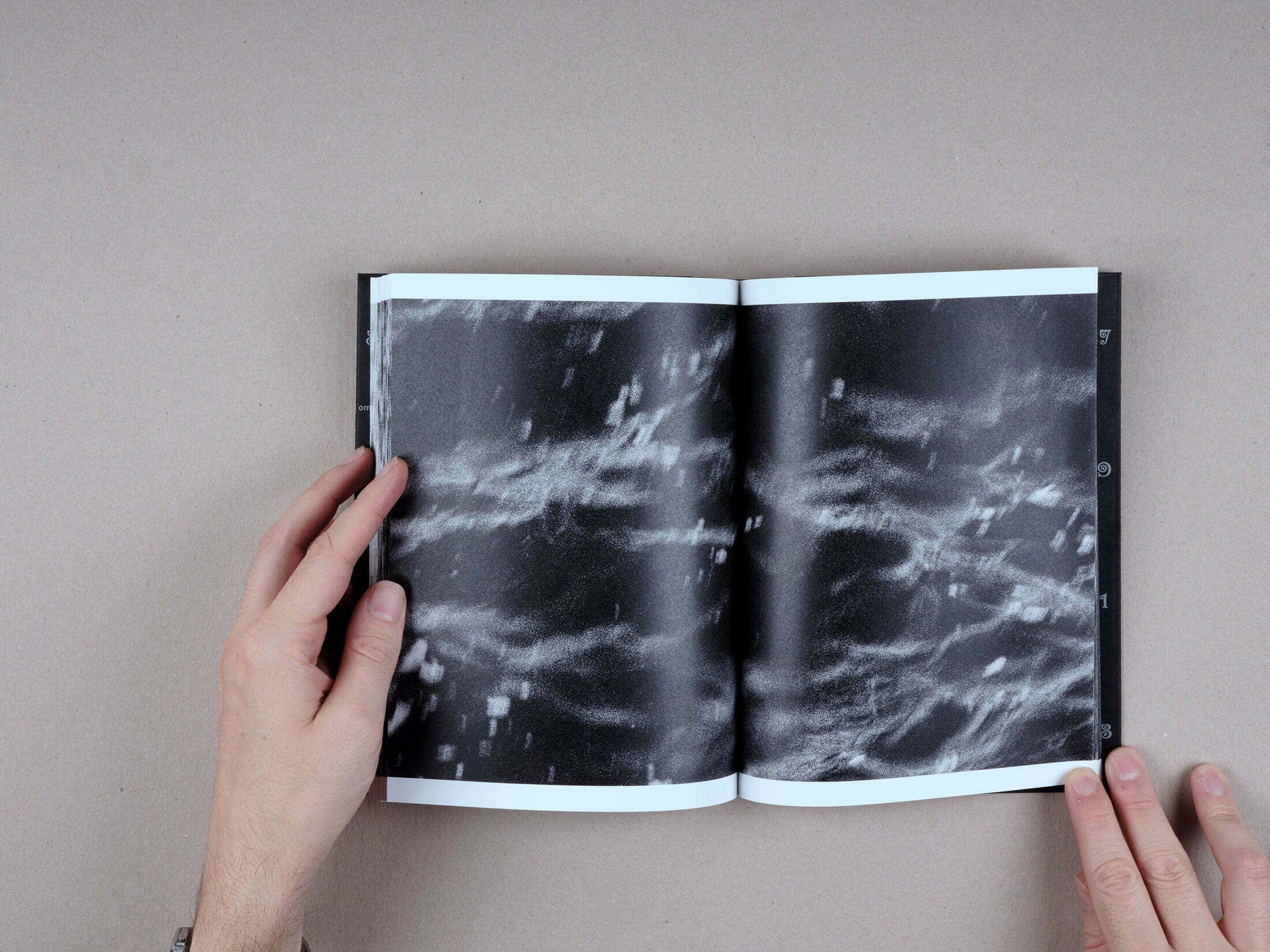 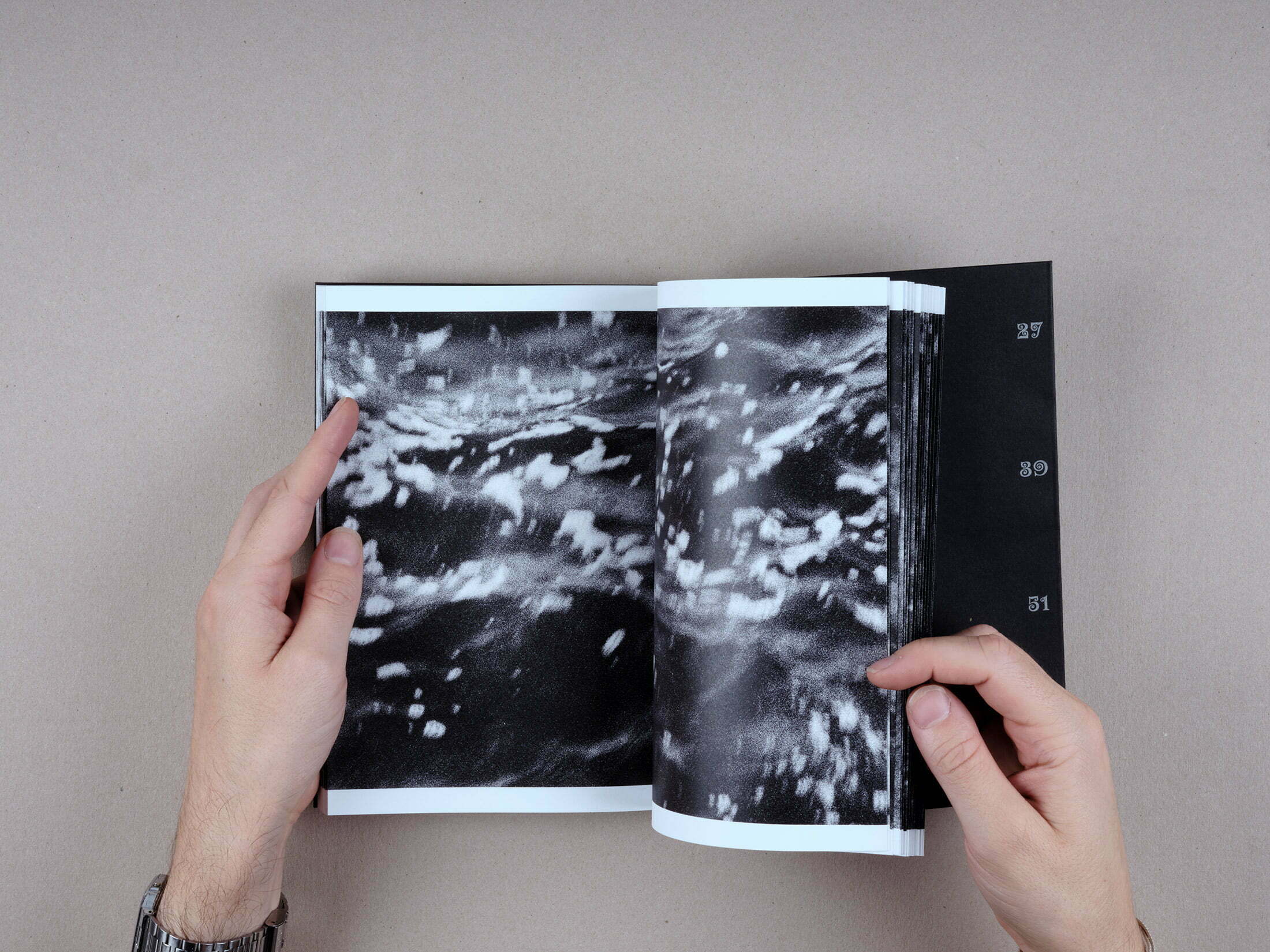 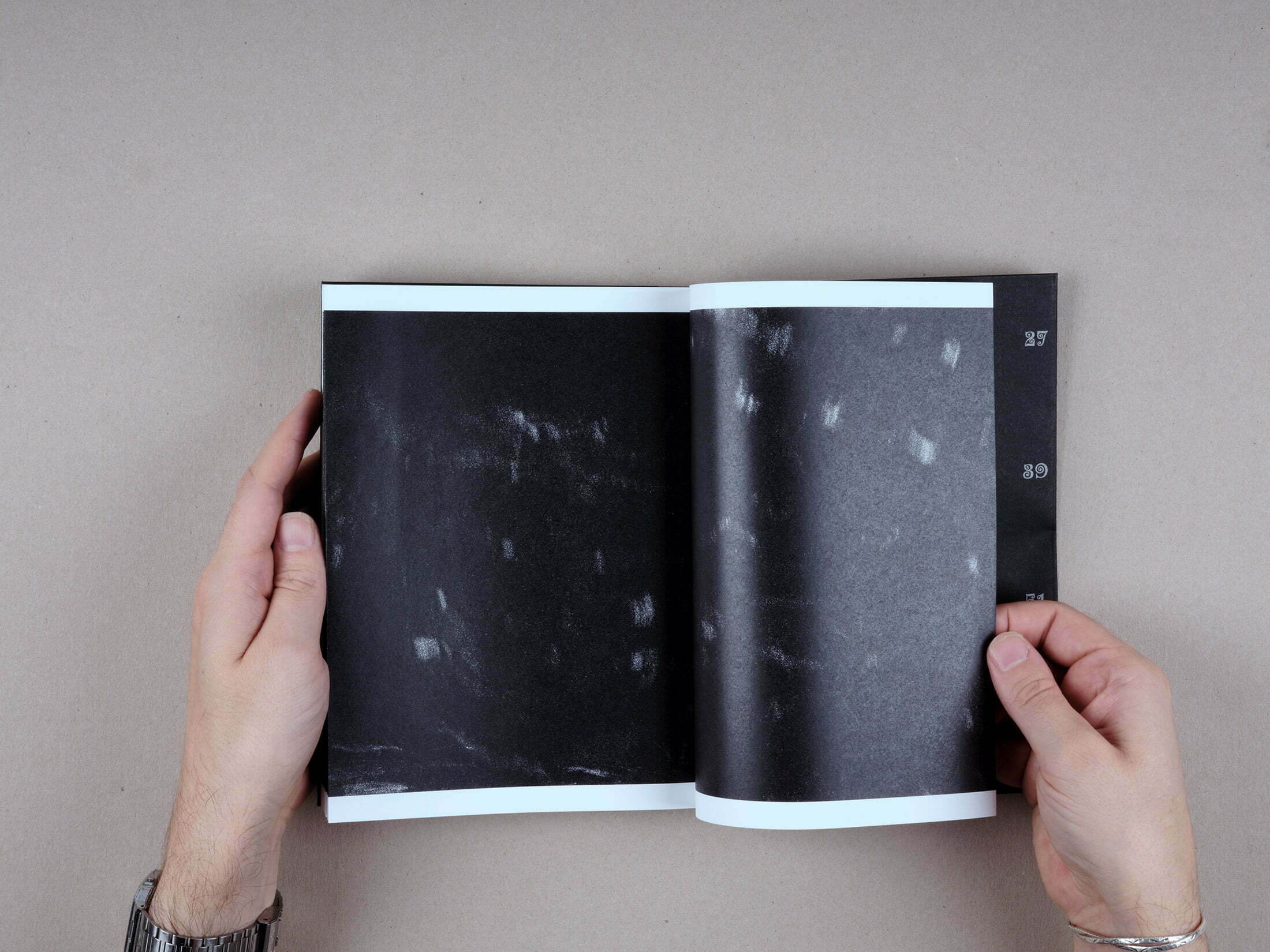 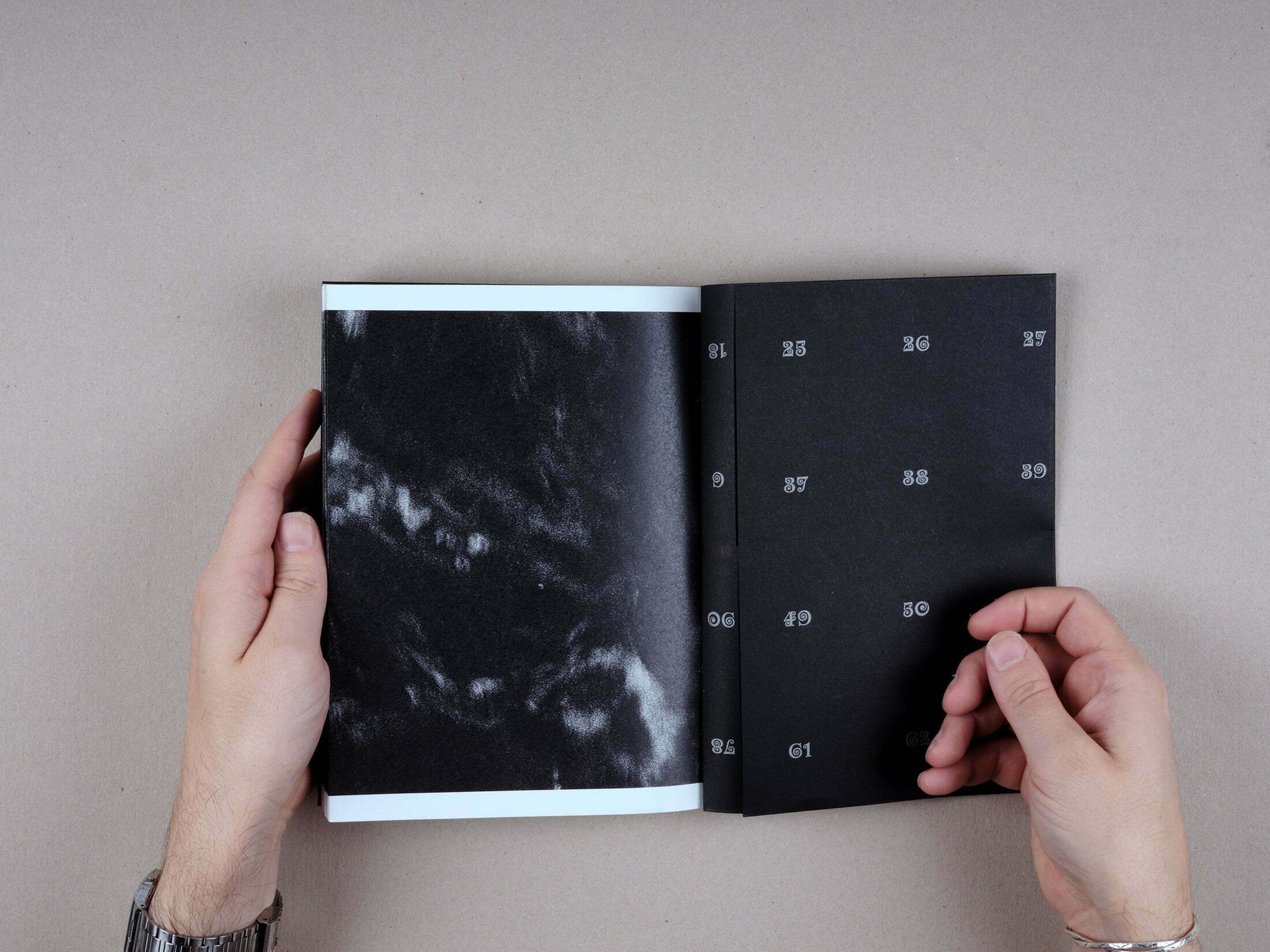